Let's talk for a moment, if we can, about Gregg Steinhafel's house. The relevance of this will become clear momentarily. For those of you who don't know, Steinhafel is (well, was) the CEO of Target. A 35-year veteran of the company, he was chosen to helm the company back in 2008, The Wall Street Journal reported.

Anyway, back to his house. According to wikimapia, his Minnesota estate ap 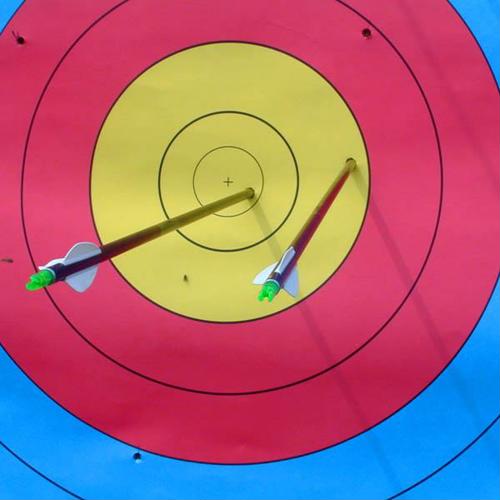 pears fit for a corporate giant, replete with six bedrooms and five bathrooms spanning its 7,800 square feet. Since buying the house in 2003, Steinhafel has apparently been plucking up the land surrounding it, too, creating for himself a lovely little spot in a tree-filled waterfront grove. A view of his property from the sky shows a large house nestled close to the water, with what appears to be a private boat dock a few steps away.

So that's the deal with Steinhafel's house. He's lucky it's so nice, because it looks like he'll be spending quite a lot of time there from now on.

Steinhafel departs from CEO post
Effective immediately, Steinhafel can start looking into flyfishing, kayaking or myriad other hobbies that are not running one of the biggest retailers in the country. As the Wall Street Journal and other news outlets widely reported, he and the company have chosen to part ways as of May 5 (is it just us, or does the notion of "choosing to part ways" have absolutely nothing to do with choice?).

The news is unlikely to surprise many, and some are doubtless asking why it didn't happen sooner. Nearly six months ago, Target was hit with a data breach so massive that it ended up directly impacting around one third of the country. The malicious attack led to the compromising of personal information for 110 million people, including 40 million credit cards, according to the Journal. Understandably, Steinhafel's hasn't been the only personnel shift at the big red bullseye. Back in March, the company's Chief Information Officer Beth Jacobs also departed.

As Target handles its ongoing situation, it's important to look more broadly at the issue of business data breaches, and the fact that they're not going away anytime soon.

Businesses can encourage better preparedness with unified communications
One huge problem with data breaches is that companies never seem to know they're happening until after the damage is done. At Neiman Marcus, for example, where a breach happened around the same time as Target's, the incursion went unnoticed for around six months, The New York Times reported.

This calls into question the communications strategies being employed at these companies. Perhaps with a more robust unified communications infrastructure, businesses can make faster work not only of detecting breaches, but of having the cohesive channel of information exchange in place to be proactive about a response.

Target is a learning lesson for every other business out there. In a world of lurking threats, no operation can be too careful, from the corporate giants right on down to the small guys. Across the board, communication is key.