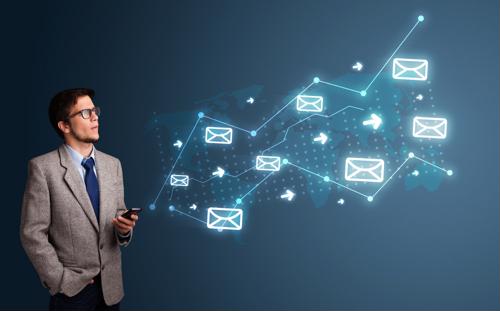 As excited as we all were when email became popular about 20 years ago - no more licking envelopes! No more waiting around for a week to hear back from a letter! - these days, companies seriously need to start broadening their communications horizons.

Sure, emailing is wildly faster than its snail-mail counterpart and has worked so well for so long: Just last year, according to a report by Radicati, there were 182.9 billion emails sent every single day. But business also moves quicker than it used to. For an office to function with the most productivity possible, it's time to break up with our old girlfriend email - or, better yet, maybe we should just be friends. Instead, we need to finally pop the question to unified communications: Will you boost my productivity?

Collaboration is the name of the game for the cutting-edge organization of 2014. And emails - with their crowded inboxes and unstructured chain of replies and forwards - don't quite make the grade. In the end, digital or not, they amount to a glorified letter; an instant message or video conference​ can start a legitimate conversation.

Using cloud communications also means being able to put all those smartphones and tablets around the office to real use. UC solutions work best when employed across all the platforms and devices at your disposal. Hammering out email after email on an iPhone can feel counterproductive - why not send out a much-faster SMS message instead, or dial in to an audio conference?

Email simply fails to adapt to the on-the-go world we live in. Simply put, with so many other modes of dynamic communication out there, why would you stick exclusively to the one built for desktops and keyboards? Embracing UC means you leaving your desk without losing an ounce of productivity.