Posted by Jackson Mershon
While introversion and extraversion are primarily tendencies, not straightjacket-like types that define who people are and how they act on a day-to-day basis, there are still certain jobs that people fit better than others. 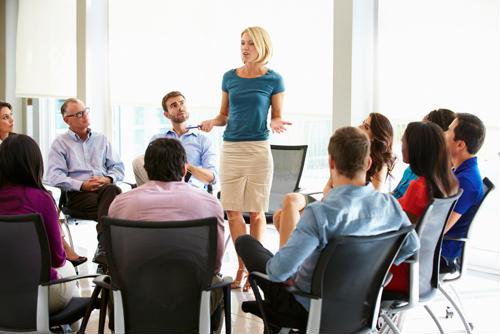 Introverts tend not to want to deal with the larger business world's demands to put on presentations, talk to large groups over hosted VoIP, and get on socially with people at work. This can get in the way of their ability to hold the attention of a group at a meeting, it can also help them to be great data analysts, said Beth Schultz in a piece for All Analytics.

Although no one believes that every business will suddenly change all of its hiring processes and begin valuing those who keep to themselves instead of people who lean over desks to talk to each other about their days, there are still gains to be made by finding a niche. The skills involved in analytics are the introvert's natural strong suit: pouring over data, spending a lot of time examining things in minute detail and working with numbers in an effort to make sense of the world.

Compensating for different tendencies
It is true that everyone needs to be able to present information to each other and communicate to a certain extent, but it is not necessarily fair for businesses to push those who have chosen fields that are heavily introverted to function as extraverts. Any employers out there that are reading this should focus on providing intermediaries and go-betweens for introverts and the other groups in their offices so that they can make sense of the things that the analysts have uncovered. People don't go into a job that involves staring at a screen and making sense of large volumes of data all day because they have a fondness for selling people on how what they've found makes sense, after all: They did it because it is easier for them to do that than sell a television.

Beth Schultz's piece was also featured in InformationWeek to show the kind of challenges that analysts may face in the field. While it is important to be good at what a job requires you to do, it may be important for analysts to learn how to talk to people too. Loosen that tie, get into the down and dirty of learning how to sell someone something useful like hosted VoIP.