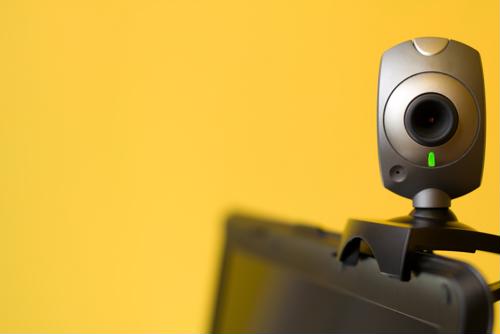 The precursor to videoconferencing, The Picturephone, made its debut in 1964.

You read that right: That young, hip videoconferencing technology that has been revolutionizing business communications of late actually first premiered 50 years ago, according to Engadget.

One of the most highly anticipated, groundbreaking exhibits at the World's Fair in Flushing Meadows on April 20, 1964, was called the Picturephone. Visitors stepped into a booth, where they were greeted by an oval-shaped video screen with an attached camera - and someone to talk to, live, from Disneyland. It's understandable that this early version of video chatting wowed attendees, despite a black-and-white picture moving at only 30 frames per second. To the people of the '60s, this technology seemed straight out of "The Jetsons."

The fall and rise of video calls
Even though the Picturephone caused quite the buzz at the 1964 World's Fair, when AT&T decided to take it commercial, it flopped harder than a new Eddie Murphy movie. Why would such an unprecedented form of communication fail to take off? The reasons highlight how effective videoconferencing can be for today's businesses.

First off, the Picturephone was all sorts of expensive. Beyond the hardware, making a call cost $16 for every three minutes; that means, in today's cash, according to Mashable, a 15-minute conversation would cost about $610. These days, videoconferencing with anyone in the world will barely cost you a dime, and the equipment is affordable too.

Speaking of hardware, that was the Picturephone's other problem: It was bulky and awkward. Video calling today requires not much more than a tablet and maybe a headset - that's all. Video calls have risen to meet the mobile environment of our times, so it's not hard to meet with clients virtually face-to-face while on the go.

Telecom companies tried an failed to make video calling a thing for years before cloud communications made it a viable possibility. Videoconferences may be turning 50 this year, but it's looking better than ever.