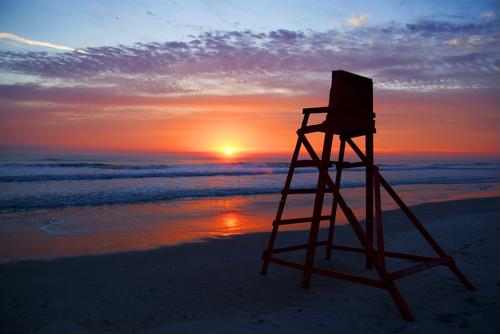 Find ways to spend more time here instead of the office.
Ah, the dawn of summer. It elevates the spirit. It cleanses the soul. And it makes you really, really hate a day at the office. Heck, we don't blame you. It's not that the office is bad - it's just that the beach is better. This brings us to an important topic of conversation: expediting workflow. You may notice there's that one person in the office - perhaps she even sits at the cubicle next to you - who's always managing to leave work early. Not because she's slacking off, but because she's managed to get everything done with time to spare. And so she leaves and goes to a warm place, a sunny place, a place for people who finish their work early.

We know you want that employee's secrets. And though we may not know her personally, we have a pretty good idea of some of the things she's likely doing that make her day go faster. Follow these steps, and you too may find the rest of your Fridays at 4​ p.m. planted firmly in the sun. Here's what the Hyper Efficient Worker (HEW) does to get there:

We may not have recipes for the best energy foods here at Fonality, but there are still a lot of ways we can help you and your business. Check us out today.